The Scourge Of Multiculturism.

The Stench Of Racism.

All around us, even for those to whom I now am drawn, non media obsessives and avoiders of MSM fakery and propaganda, cannot be immune to the rampant, one sided nature of the deep state engendered faux history and anger. What is impossible to grasp is the lack of any balance whatsoever in the coverage and anger, spite and vindictive nastiness now aimed at the white races.

You know, the Nations who freed the world of the Nazis. Devalued, justifiably, the communist tyrannies of Pol Pot, Mao and Stalin. let alone the African despots such as Idi Amin. The same Countries that have, for many decades and spanning two centuries, welcome genuine refugees, let alone accommodated millions of economic migrants from ever corner of the Globe.

The UK but one example of a generosity. A non racist approach to taking in and funding all and sundry. Immigrants often treated to a level of support whilst millions are denied as long term and endemic citizens. Many elderly living in penury whilst illegal immigrants and ergo law breakers are cossetted and revered.

The outpourings and reactions to all of this weary patience and despairingly lack of any common sense is to just pile on more of the stupidity. Destroy long held memories, sacrifices and decency. Scream abuse and accuse many of "racism" when the evidence just isn't there. FFS, the internal strife and viciousness over slavery was fought centuries ago. The British the first to outlaw such barbaric practices. Most perpetrated by Arab and Black, tribal internecine aggression. The white slave traders just another part of that dreadful industry.

Indeed those perpetrators and serious traffickers were just as interested in the enslavement of white people. Women seen as very profitable and desirable "goods" to earn fortunes from. Just as today grooming gangs now ply such trade across Europe with the same impunity enjoyed centuries since. The handful ever convicted serve token sentences and soon return to their lucrative exploitation, often as evidence abounds, aided or enjoyed by many in authority and law enforcement.

Don't let me start on the drug business. Add into the mix the underlying terrorist cells and major future atrocities to be added to the innumerable ones already felt so badly and we can see how the BLM movement has so easily been allowed the freedom to exploit the nonsensical use of racism. This to answer any doubts as to where so much evil has been added to that already in society. Facts exist but are inconvenient and truth and reality is not permitted one iota of visibility.

Until those so ready to scream "racism" stop for a while to study history and human nature, until the PTB stop exploiting racial and cultural differences, integration cannot, never has and likely never will take place in any natural or peaceful way. These careless attacks on the past, the ignorant destruction of statues and monuments and the nasty generalisations that all things done by white people in the past, present and future are unworthy are stupid.

As the BLM and racist screaming rises, any sympathy for genuine need and nurture fades, eventually to disappear, the human race will be dragged down to very dark places, again. For some unfathomable reason the eventual terrible and violent backlashes to come appears to be a result many in power seek.

I seem to recall such a time was in the decade I was born. The real and awfully abused victims were Jewish. Now we shall see it to be a struggle between coloured and paler skinned people, as to who is slaughtered in the greatest numbers. We are not too far from such as many still alive can remember suffering. Horror being as real in its encouragement as in the days of which I write. screaming racist at every possible opportunity just speeds the journey to that we once believed done with. 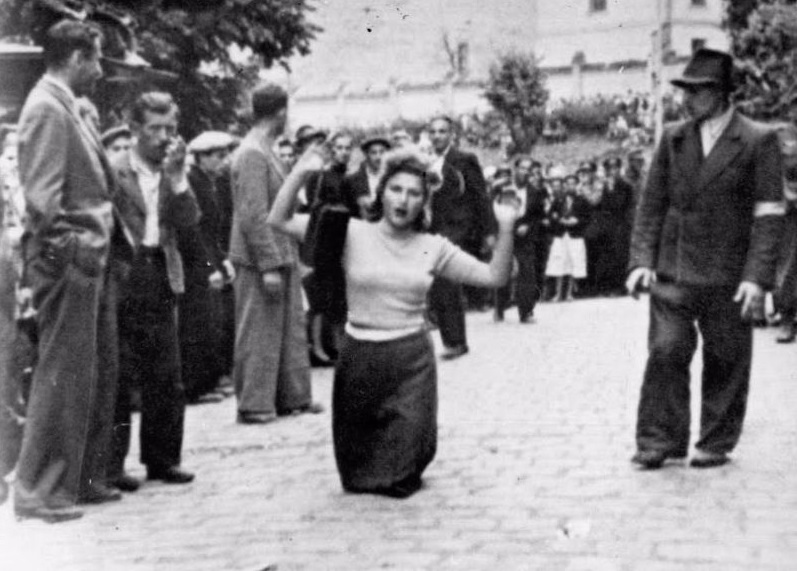 Not racism, sadism is the problem.