Still The Nightmare And Secrecy Continues.

Every Moment All Of Us Hear Or Learn Something Different, Never The Truth. 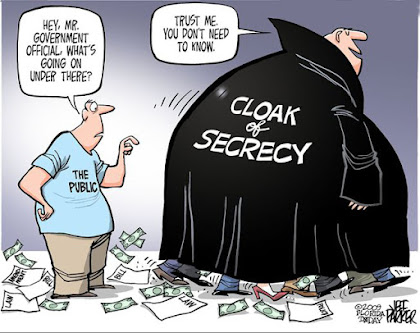 A worthwhile place to visit.

A dear friend has his 50th birthday on Thursday. An airline Captain. On very much reduced flying, of course. However, bear in mind the strictures, lecturing and hectoring forced on us all constantly about this "killer" virus, he is due fly to and from Zakinthos, circa 300 people this afternoon. Notwithstanding the total number of infected passengers into Cardiff, or the dreadful state of the Greek Islands and colonisation refugee numbers, the flight looks certain to go ahead.

How we have to suffer the nonsensical state of affairs and disruption whilst these careless, if all of the hype is correct as to the dangers, activities struggle on is just stupid. What really is being bandied around the corridors of power and the deep state gang's regular chats is a wonder indeed. One thing we can be, as ever, sure of. Money is being made, deals brokered and futures made or destroyed.

The latter will be many who will have been less than welcome to the halls of power and mega rich players. Possibly our PM and his team among them. Part of me hopes that this is so and that our PM is of stern stuff. Plus his closest advisers. If not we have even more to fear than any pandemic.

There are signs the PM has an agenda to at least hold off, if not weaken, the PTB. The Mandarin classes of the Civil Service are not quite so cocky and smug right now. Bercow is licking his non ermine wounds despite powerful mates trying to ennoble the ignoble. Corbyn for one, ffs. Starmer another. Not forgetting the still ongoing EUSSR saga and the remain acolytes still moaning lot. Now a suggestion the UK may hold off on billions of overseas backhanders aid. Anathema to many who have enjoyed a direct siphon connection to those payments. The sustenance of the Quango industry for sure.

So, as I have written before, covid 19 was and remains manna from heaven to those desperate to minimise the election of a true democratic result. Two in fact. The 2016 vote, now a distant memory for so many. More recently last December. Like many of us from the latter, to date, not as we would have hoped Government due to this wretched, deep state, orchestrated pandemic.

As in the title, in many ways, this virus is something the haters of democracy could only have ever dreamed of. Once in the public eye, bingo, months and months of control, delay, obfuscation and a vehicle for those who wish democracy dead. The fear engendered, the disruption, the costs and the control manna from heaven never allowed to be questioned. The face mask nonsense a visible manifestation of how powerful the hidden manipulators are and love.

Where next, we must ask? My belief is to declare martial law and crackdown on mass gatherings completely. Whilst nurturing a return to normality for those prepared to follow such a lead, support the majority, democratically elected Government and if utterly disgusted with their performance vote them out in December 2004. It's how it used to work. As Sir Winston about that post WW2.

Under that strict martial law, give the media and the Civil Service some serious warnings to watch their steps. The plotting, the strange number of "senior sources" who inform the BBC, SKY, Channel 4 et al be hunted down with determination and exposure, where lies and hidden agendas can be proven as such. Accountability be targeted and where proven to be nefarious, pensions and peerages, knighthoods and honours taken away.

A House of Lords could soon be reduced in numbers, I feel. Justifiably and properly. Much could be achieved in 4 years, then face the electorate. After all it was against huge odds 2016 referendum and 2019 GE were won. With proper Governance, well before the next election, covid 19 might well be a distant memory. Like floods and droughts become. Time the greatest healer.