A couple of days ago Mrs. OR recorded a 2017 film, "The Post" for us both.  For me because of the politics and for she the lead actor and lead actress. Meryl Streep and Tom Hanks. We both actually enjoyed both factors in this quite remarkable film. Set in 1971 and just before "Watergate" kicked off and toppled "Tricky" Dicky. A full resume from Wikipedia!.

The link, I feel, very appropriate for reasons I shall elaborate shortly. However what struck me most deeply was the manner the characters set out to do something now no longer done. Act for the people and its readers, not the moguls and deep state overlords of today and for many years since. Courage was sufficient back then to expose the evil and corruption at the heart of Government.

Now the media are hook line and sinker as bad as those who now control them from the very black heart or rather bowels of the West's terrible PTB. There are a few but easily dismissed, clarion calls, still to be heard. Particularly where the despicable and inhumane treatment of Julian Assange is concerned.

He is a private citizen who built a safe haven for exposures such as "The Post" and "Watergate" had vis the press all those years ago. An internet phenomenon which became sorely needed with the dereliction of truth and news abandoned for greed and power by the press and media of 2020.

Virtually every headline, vitriolic outburst and total negativity of today's barely recognisable journalism is fake, manipulated and untruthful. Sadly far too much of it works. Across social media little genuine questioning exists. Stupid comments and woke, wilful rubbish are the fare. BLM and other faux ANTIFA style, purported anti racist but glaringly woeful racism itself, are to the fore.

As for this pandemic. Poor Bojo, the butt of fake news, constantly. These legions of "spokesmen" and reliable sources are anything but. If a story of juicy bit of gossip, always nasty and spiteful, has any provenance, its for sure from a remain source and or Civil Servants sulking at the Government's 80 seat majority. The "kitchen sink" manufacturers all out to provide the porcelain for this endless, stop brexit rubbish still very, very prevalent.

We can but hope that this Government survives the pitfalls and traps set for it by the pandemic and have time to redress the damage inflicted. Some of that deliberate and engineered to topple the result of last year's election, for sure. As for the USA Presidential Election. Gross failings by their media and then some.

Obummer touring the studios flogging his bloody memoirs. Bloody if only from his indifference to the rape and butchering of Ambassador Christopher Stevens. This dreadful, awful event barely made the news. As for Obummer's casual behaviour, as troops risked their lives to sort out Bin Laden, say no more. What an arrogant and unpleasant man. Another in the Bliar clone mold, methinks. Only even richer from his evil than Bliar.

So there you have it. Be a dishonest, murdering and smug, rich tool of the deep state today and you get rich and wealthy, inversely proportional to any decency. Look at the Clinton pair. Consider the Kinnock dynasty. Strange how  that last word is mostly of the letters n a s t y! I return to my point of this post. As bad as the decades of Vietnam war and the unnecessary deaths of thousands of American soldiers, Vietnamese civilians and innocents, the rot was well and truly set in and post WW2 cast in stone. Anything goes to keep power in the hands of a few.

Only one bastion had yet to fall. The press and media outlets. My generation has been forced to watch that final control become a reality. The means of achieving it rampant consumerism, dumbed down education and total lack of morality or questioning by any meaningful majorities.

This is why the Trump and brexit victories were so short and sweet in 2016.  For a few months we saw the deep state appearing to be in a corner. Found out, shown for their evil and justice might still be the masses to decide. Little did we realise albeit were nervous of, how this would all pan out.

Trump has bee, probably fraudulently,toppled and brexit may still be brino. How foolish we thought, nay hoped and prayed, for it not to be so. What the future holds is still on track to be Mad Max not a new, beautiful dawn. For sure, despite the Bunty Boultons, Kay Burleys, Kuenssbergs et al, we could see it coming. We just didn't care enough, did we? 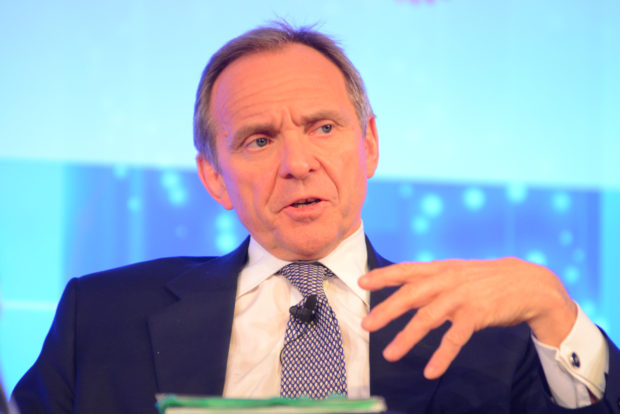