I'm Not Sure Why. 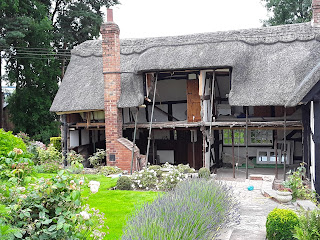 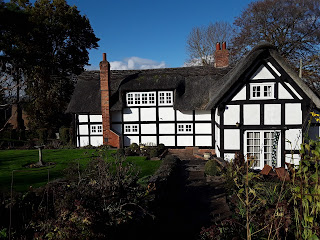 The pandemic coincided with a major rebuild and restoration over the past six months, for Mrs OR and myself. So our wings were truly clipped. In many ways we were less adversely affected compared to many. The top picture shows the worst point for us and the bottom the beautiful point we reached just recently.

What I will say is how slowly the lack of so much "normal" activity, popping down the pub, mask free meals out and seeing friends per se, crept up on us. One other issue we have begun to feel disquiet about are the NHS changes. Plus the decline in dentistry's routine attention to the Nation's overall well being.

Then there has been the other wall to wall other pandemic. Blathering, out of their depth and ever more puerile, the media's obsession. Their fake news, day after day, alarmist and slatheringly, spittle flecked attacks on every step announced by Government. All orchestrated by the shadowy "remainers", using the pandemic to their utmost to delay our departure from the dictatorship run by Germany and of course, France.

Now, just these past few days and after further interminable delays endured, we are supposedly, on fake news stances, to believe a deal will be done. Then there will not be. Barnier now looking like he just stepped off the stage of a performance of "Pagliacci". In truth, few know anything, thus choose lurid headlines to pull in punters. Ironically, as an ex journalist, Boris appears fairly adept at doing his job as PM, rather than May's and others' need "to posture hourly on the stage".

If he proves to hold firm and either get a terrific deal, unlikely but you never know. Or better still takes us off into a true sovereign entity and free of the shackles of this tawdry and corrupt cabal, he will gain a worthy place in history. The opposite, surrender monkey moniker he will definitely deserve, of surrendering us into the now proven evil, is too awful to contemplate.

So as we chug along in this terrible and restrictive pandemic existence, let's hope that the insipid water torture of so much lost, in these past circa 9 months, will ere long be behind us. After all, Christmas has always held out hope for decency and coming together.

If the religious history of Christianity has been flawed in its execution, as has most other religions, at least the teachings of Christ remain a valid blueprint of how we can try to be better as creatures.We can also, more easily, be sovereign in our own minds, if we are also sovereign as a Nation. So, yup, it's pretty yucky right now but let's not forget, many of our forebears had it far worse.

Joy to all those deserving, as I like to say!