Maybe He Knows Stuff We Don't. 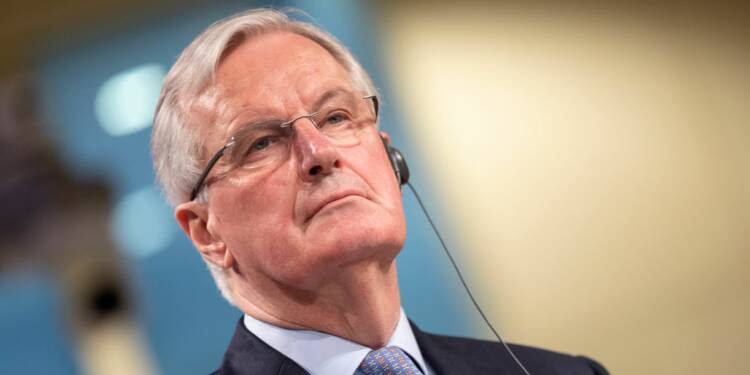 Over the decades since Heath enslaved the UK into the Federal Europe project I have loathed all of the "Presidents" put to rule over us. Right up to the modern day. Verhostadt possibly the least powerful but sure as hell the ugliest character in every sense. He, along with all the rest of our unelected forty years of being dictated to, have been Germany's latter day blitzkrieg divisions. Unsurprisingly many of them of the Vichy ilk.

Recently we've been forced, literally forced, to have Barnier shoved down our throats for over four and a half long years. Always quietly threatening, totally superior and happy to treat us all with disdain. His nose always in the air when speaking with or alongside any Brits. His attitude more and more nasty and belligerent, whenever he considers his brief to punish our temerity in voting to leave.

Juncker, remember him, was just the same. A hectoring, bullying drunk, yet still able to boss our so called representatives around and coach Barnier on his appointment as stop Brexit, head Fred. So this haughty arrogance still haunts us and towers over us regardless of any referendum of General Election vote.

On show the absolute, naked and immovable power of an unelected dictatorship. One aligned in philosophy with every vestige of fascism in history. Frighteningly run by the descendants of Nazism and still, despite rumours of stepping down, Merkel. Our only hope and elected as such just one year ago, now looking less and less the person we believed in.

As for Barnier, the threats and fear mongering still percolate away in the background. Blockades, illegal entry into territorial waters and and continued destruction of our fishing stocks out of the spiteful and malevolent greed so beloved of our French neighbours. Remember their burning alive cattle and sheep in trucks, as they sought to stop the importing of competitive livestock? Such evil spite. Yet we're the ones getting the grief for wishing to no longer be allied to this behaviour.

So if our PM, on top of the seemingly bungling pandemic approach, if not orchestrated by the Mandarin class, (it may well be), is determined to sell us out over Brexit, he will face a backlash possibly never seen in the UK since Cromwell's days. So serious such a betrayal of our democracy be. Ironically aided and abetted by Parliamentarians as equally loathed now as justifiably by Cromwell.

As for Barnier's latest utterances of today being close to a WTO deal deadline, poppycock. A transition extension has probably been signed already. That'll be why the latest apparent turncoat, Rees Mogg, happily recessed Parliament without one whimper of objection. Bit different from last year's attempt to preempt remainers with a recess.

I do so hope I'm wrong but whatever has been secretly plotted with Barnier, it will not be revealed until the 31st of January. Certainly covid will be part of "making smoke". I would dearly love to be wrong. Yet of my few remaining visitors, is there one who would say I'm out f order? That the PM will not betray us? I doubt it. Barnier still looks to smug and superior I'm sad to say. 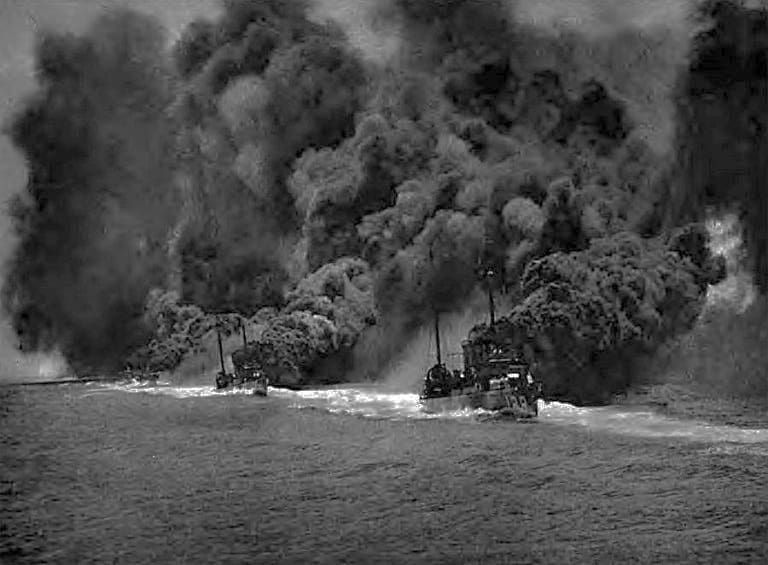 German destroyers laying a smoke screen. Who else?