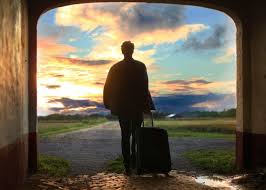 I did hope that post, the excellent victory for those determined to leave the awfulness that the Common Market's morphing into a Federal Dictatorship became, I would slowly step back from blogging. Sadly for the PM and the Nation, covid-19 hit. For approaching one year, possibly longer, this virus has taken over our lives and our very existence.

Of course the PTB have been able, quickly, to hijack the agenda and ensure that any sense of being in this mess  together was not to be allowed traction. Such a direction could only be permitted if under the pretend Government of leftards we suffered prior to the Election of December 2019. I shall never forget the dreadful way Parliament, presided over by Theresa Traitor May, prevaricated, controlled and rode rough shod over us all for their own ends.

Those ghastly people even trammelled the PM's desires and tactics into the long politicised Law Courts. The "Supreme Court" invented by Bliar and run by his wife's acolytes. Thank goodness that's, for now, clawless as much as ever was clueless. No Gina Millers running our lives as proxies for Soros. At least as far as we can tell.

So without the accidental or otherwise release of this bio weapon that is covid-19, we might have now been the recipients of a new age of conservative politics and a Conservative Government able to mitigate the rubbish now endured. The woke nonsense. The politically correct stupidity and the 107 I believe, BBC promoted genders. FFS.

What next we face, as our freedoms and social enjoyments begin to become distant memories, no one knows. For myself, comment and blogging has become very difficult as everything we once knew and considered has been pushed into the background. Never outside of wartime has anything like this so dominated the media for so very long.

I guess, until such time as a degree of normality, if ever, returns, my puny efforts will be evermore less frequent. I feel powerless to write positively or critically about much at all. My only real anger is reserved for the terrible way the PM has and is treated. Despite almost dying from this disease he has done a great deal for the Country is my considered opinion.

All of the criticisms levelled should have been at the Civil Service. Including the pathetic NHS Trust bosses and bureaucrats. These are the very people who should over decades since have been preparing for the pandemic now raging among us. When we commissioned the Military frontline troops to perform miracles, they did. No doubt to the chagrin of all those found wanting.

How low we have sunk. 60 years of a slowly suffocating education philosophy and a descent into lazy, scruffy, disinterested academia is now visible as if wearing high viz laissez faire jackets. Universities staffed with internecine, backstabbing and selfishly ambitious academics for whom students, like patients for the NHS "Executives, are an anathema.

That's me for awhile. Not quite giving up but very much deflated where blogging is concerned. Life per se remains on course!