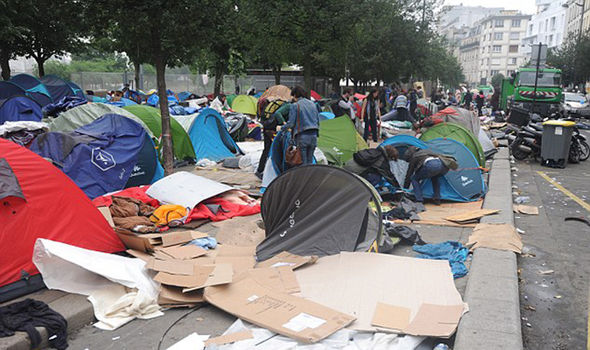 Actions have consequences. Yet the ghastly EU Commission seem to be so deluded as to think for they that's not so. Drunk and besotted with power and huge salaries and perks, these morons, led by faded eye candy, really have lost the plot. Their woeful vaccine failings now seeing a third and huge wave of more infections.

Their loss of control of the agenda for any efficient roll out of protection for the whole of Europe shows exactly how the federal ambition and one size fits all philosophy is so flawed. It's now costing many lives from a dogmatic attitude and air of superiority not seen since the days of the 1930s. Look how that dictatorship ended.

As these clowns lash out in all directions and seek to lay blame anywhere but their own inadequate, gross and so typical bureaucratic incapability, their preferred whipping boy is of course, drum roll, the United Kingdom. A Nation whose hard won freedom from their clutches has shown to be a resounding success more quickly than anyone expected.

The UK's vaccination progress continues apace. Already fantastic reductions in infections, hospital admissions and serious contamination, are becoming obvious. The rising numbers vaccinated are tremendous and soon second doses to begin. Indeed Autumn may see a belt and braces third jab for Winter protection, akin to the flu jab, underway before Europe even begin to have a grip on first jabs.

At last the drive to leave this failed experiment of an all powerful, unelected Federal Bureaucratic dictatorship can be seen as a huge and timely divorce before the mess and nightmare now abroad across Europe, could swallow up The UK. Indeed we may see humanitarian medical aid teams, fully protected against covid, drafted in from the UK late Summer, to sort out the horrors unfolding across the Channel.

As for their intransigence and lust to damage the UK's success by banning our funded development and manufacturing success, as one would expect, others are indicating reluctance to trust their vaccine production to these failed clowns. So shooting off one's own foot is a hair's trigger away or should I say feet, by the EUSSR fools.

Not least, as they still welcome millions of illegals onto their city streets. A large number already identified as covid  infected people. The most likely source of major, uncontrolled outbreaks threatening utter devastation. I doubt many fervent Schengen aficionados are as sure as they once were about that quite foolish dogma.

I would venture too suggest that this pandemic will be the final straw for the people of Europe. A huge debt burden afflicted this Monolith before Brexit and now covid. Were I an EU serf I would be very, very scared right now. Justifiably. I just hope we can put a massive gap between us and them. Then, down the road, be strong and successful enough to help them back to freedom and self reliance as separate Nations. Bit like we did post 1945, sort of!

2021 The Year So Many Certain Types, Media Mostly, Know Everything. I remember how many knew exactly when Mr and Mrs Johnson would marry. O...